I know many of you are still reeling about all that’s happening out there in the world. COVID-19, tornadoes, cancelled events. So much has shaken our normal and dashed our plans and hopes. These times are heavy on my mind and I know I’m not alone in that.

I journal just about every day and I know that years from now when I look back on what I wrote in 2020, I’ll be just as shocked as I am now that these events actually took place.

I’m not going to get into COVID-19 because at this point we’re all over-saturated with information. Still, how crazy is it that we’re dealing with this? How crazy its impact! How crazy that countries are on lockdown, that there are travel bans and that big sporting events just won’t happen this year. This is the wildest thing that has ever happened in my lifetime.

And in the midst of all the corona-craziness there are families still picking up their lives (literally) after the Nashville tornadoes that swept through a few weeks ago. I’m from the Nashville area, and knowing that so many people were killed and homes were destroyed near my hometown in one night is heartbreaking.

While not everyone was affected by the tornadoes, all of us have or will be impacted by COVID-19. Family vacations and weddings have been cancelled, college seniors won’t get to walk across the stage at their graduations, and amateur, college and professional athletes won’t get the chance to shine at tournaments and races they’ve worked so hard for. This includes my own goal to run the Knoxville marathon that was originally scheduled for the end of March. Like most events, it was cancelled, and race organizers worked hard to set a new date which was recently announced as November 15.

I’m excited to have a new date circled on the calendar, but if I’m honest, I feel like I’ve spent the last 4.5 months training for nothing. I know this pales in comparison to athletes who’ve been training for bigger goals, like the Olympics, for years if not their whole lives. But it’s still a big deal to me.

It was easy to throw a pity party for a couple of weeks where I didn’t run or exercise at all. What was the point?

But since then, I’ve gotten back in the groove. Even though there’s another 8 months until I’ll get the chance to run my first marathon, I’m focusing on the silver linings to the cancelled race.

I know many of you are also dealing with the disappointment of a cancelled race you’ve dedicated so much time to train for, but don’t let this disappointment derail your long-term goals. It’s natural to feel down in the dumps, and maybe you’re like me and need to sit with those emotions for a while before you can move on. That’s ok.

When you’re ready to move on, make a silver linings list like I did. Maybe your list looks similar to mine: more time to work on your weaknesses, get faster, and do things better the second time around. Whatever your silver linings are, let them be motivation to go after it faster, harder and better when the next opportunity comes around.

What I’ve Learned From Running Without Headphones

Photo by Emma Simpson on Unsplash

2 thoughts on “Dealing With the Disappointment of a Cancelled Race” 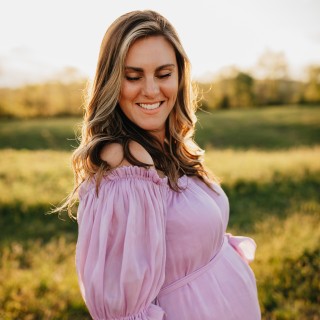